Toot Your Horn
Most of us are excellent at being self-deprecating, and are not so good at the opposite. Tell us your favourite thing about yourself.

When I picked this topic I knew it was going to be tricky. We really aren’t good at ‘selling’ ourselves. I could easily create a grocery list of things I can’t do! This is much harder.

So to the tooting; I’m good at organisation, systems, and planning. Event Coordination. Thinking up grand ideas. Themeing. Christmas – yes you can be good at a holiday! My favourite thing about myself; Empathy.

At a women’s networking luncheon I attended on Wednesday, one of the participants of my last Blog Challenge asked when I was going to do another, which funnily enough I had been thinking about because they are fun, and challenging, and I miss blogging.

So I’m going to be running a Blog Challenge in March.

There will be 31 topics

The 31 topics means, if you wish you can blog every day. The 5 pass days mean that if you know you’re not going to have time, or just need a day off you can choose when to do this, and the 5 swap topics are in case what I have chosen aren’t right for you. Whilst I’ve tried to choose a wide range of topics, I understand that not all of them will resonate so I thought a few additional options might be a great way to avoid writers block and keep everyone in the game.

The 31 days probably gives you a hint that it will start on the 1st of March, given this blog is being written in February. The 1st of March happens to be a Sunday so I hope while you relaxing in the sunshine, you choose to join the challenge.

One of my resolutions this year (and last) was to blog more, and I have failed dismally thus far, and in part this is from a lack of good topics to write about – yes I will  be blogging about the my crafts, and weight loss, and (of course) fashion BUT I know y’all will get bored with that real quick so I sought out some topics and found some motivation not too far from home – the WordPress Daily Post Blog! They actually have two options; their 365 days of topics document and their blog which posts up topics everyday – giving two possible topics per day, giving you the option to choose which topic suits you the best.

So today I have chosen the topic from the Daily Blog (dated the 31st of Jan because it’s a US based site).

Daily Prompt: SOS
You’re at the beach, lounging on your towel, when a glistening object at the water’s edge catches your eye. It’s a bottle — and yes, it contains a message. What does it say?

As I lay here, in the home of my daughter, living out my last few days my thoughts drift to you more than ever before. I know this letter with probably never find you, but I wanted to put into words how much you meant to me and how sorry I am that we got separated by war, and time, and distance.

You were my first love. That special person who keeps a portion of ones heart, no matter how many more people you go on to love. I thought about you often over the years, and made several attempts to locate you but to no avail. My daughter recently told me she’s been secretly trying to trace you ever since my beautiful Loretta left us. You would have liked her, she had a laugh like sunshine, and heart to rival Texas. she knew about you too. She understood that a little piece of me would always belong to you. I was blessed to have had you both in my life.

So as I lay here waiting for the pipes to call me home, I hope youfound happiness too and enjoyed a long and happy life and whether it’s tomorrow or ten years from now, I hope we can meet in the next place and share some memories together.

So there it is. my short, but I hope rather sweet SOS blog post.

I’ve copied by blog post from the first of January this year and through it might be a good idea to review what I have and haven’t done and use this to form part of my resolutions and goals for 2014.

The first day of the year always offers us a chance for a fresh start, to refocus our goals and plans. I’ve previously outlined my resolutions for this year but today I want to outline my personal ‘goals’.

Most people have a weight loss goal for the new year and I’m no different, unfortunately this is a roll over from 2012 but I am determined to reach my goal this year – and my reward? Being able to fit into the clothes in my wardrobe! I cannot wait – I have some super cute clothes and I want to be able to wear them. So the goal is to lose 20kgs.

Well for those of you who have followed my journey this year I have well and truly gone past the 20kg goal and even reached 30kgs!

My next goal is to do with photography – I’m actually quite a poor photographer [I particularly suck at selfies] and part of my new role at TTR is to take photos of the race days and my failings were highlighted when I uploaded the photos. Yes, some of this was a learning curve about what images to capture but also about how to capture great shots, so this year I want to learn how to take better photos, and ideally I would like to upgrade my camera too. The second part of this goal is about photos of me. I am not photogenic and usually hate photos taken of me, however I want to at least occasionally have some nice photos so my other goal is to learn how to be photographed.

Whilst I did do a bit of research about what photography courses there are, I didn’t actually do any classes!

My third goal is a new car – the one I drive at the moment, to put it politely, is a piece of shit! It’s reliable [thankfully] but it’s as old as dial up internet, and I’m embarrassed to be seen in it! Hopefully I can get some savings under my belt this year to upgrade.

My fourth goal is to launch a little sideline project I have bubbling away. I don’t want to say too much about it just yet, but as soon as it’s ready to go I’ll let you know.

This little project is on hold at present while I work on a potentially huge project connected to work.

My final goal for 2013 is to maintain and build this blog. I’d like to find a real rhythm this year and offer something new and fresh for the year, but for now, I wish you all a very Happy New Year, and hope you have a wonderful 2013 full of achieved resolutions and goals that have been reached.

The blog was going really well earlier in 2013, but I have to admit that the latter half of the year it has slipped, however now we are in a new house, work is under control (mostly), and life is settling down I feel like I have the time and the motivation to kick it up a gear in 2014.

This is probably a bit of a silly blog for me since I was one of the two people who created the challenge! However, I have to say that despite the fact that I knew all of the topics before hand, I did find some a big challenging and almost confronting. For me a challenge is meant to push you a little out of your comfort zone, poke and prod you a bit and make you delve a little bit into yourself so in that respect this 30 day blog challenge has done that.

I have much respect for all of the participants, especially those who have generously shared their blogs on the Cue Social Media Facebook page. Special mention must go to Rachel Franke Church for keeping her topics true to her establishment (Hosking House), which at times must have proven a little more difficult than writing as an individual.

I’ve enjoyed the journey and despite having to do a bit of a catch up at the end would be keen to do another.

That being said I am looking forward to getting back to some of the usual topics and a few new ones as well. Additionally I’m super excited to be kicking off the clean eating section of my blog called Skinny Love on the 1st of June.

Thank you everyone who has participating, commented, or liked along the way, especially when some of the topics were late!

Who would you trade places with for just one day?

Boy this is a goodie! Sooooo many people I would trade places with for so many reasons! A celebrity to experience the adulation, and then the relief to be able to go back to my normal life, a child so I could have a day where I wasn’t burdened with the adult responsibilities, a politician so I could right some wrongs, but ultimately I think I’d trade places with my younger self with the hindsight of my 43 year old self so I could tell myself not to take everything so seriously, say yes to new experiences, not to eat so much crap!, to be more sensible with money, and to not fall in love so easily!

How Do You Deal With Stress? 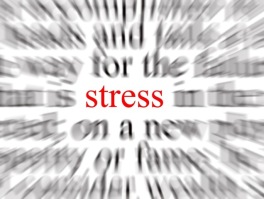 FiftyTwoFold
Bridget is a talented, intelligent, inspirational, and extremely witty blogger. Her humour and creative blog will keep you coming back for more!

SassMouthMama
Humour, sass, and an amazing vocabulary are the pillars of this blog. Steph is witty, intelligent, and insightful. Oh and she's my cousin!